Alhaurín el Grande is a small town in Malaga with a lot of charm located in front of the green hills of the Sierra de Mijas. A truly Andalusian town with views of the spectacular Guadalhorce Valley. It has around 26,000 inhabitants. Its privileged location, in the southern center of the province, makes this picturesque town the ideal place to discover some of the most interesting places in Andalusia. Also, from Casa Baliza it will take a few minutes to get to the best restaurants and bars in the area. But please read on, we’d like to give you some advice about the place and its surroundings. 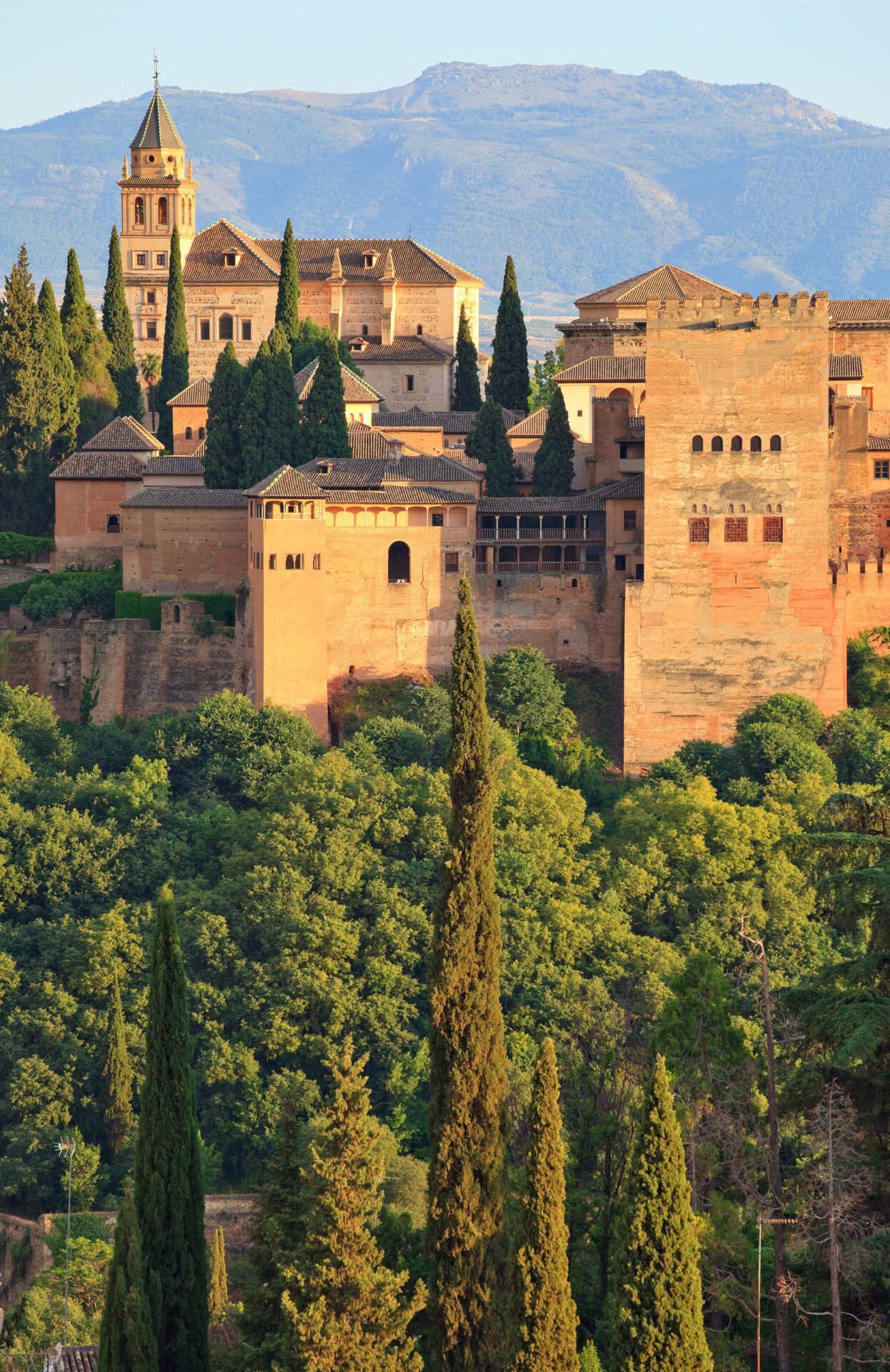 Our house is only 25 minutes by car from Malaga Airport and Marbella. Famous cities such as Ronda, Cordoba, Granada and Seville are accessible by car.

Seville: this is one of the cities that will surely impress you the most. A walk through the heart of the historic center will take you to the colossal Gothic cathedral, the Mudejar palaces that are the result of the mixture of various styles, the Baroque churches and the beautiful medieval streets. Without forgetting that the city is also known for its famous flamenco tablaos.
Córdoba: a must-see is the Mosque of Córdoba, one of the most famous buildings in the world that, although it was originally a mosque, is currently considered the city’s Christian cathedral. Other places of interest are: the Alcázar (fortress and palace) and its gardens, and the Roman Bridge.

Granada: the symbol of the capital of Granada is the Alhambra de Granada, a spectacular sand-colored Arab complex made up of several palaces, gardens, towers and fortresses, located on the top of a hill from where you can see the entire city. A visit to this architectural gem is essential for all those who come to Andalusia. In addition, it is also highly recommended to stroll through the narrow and labyrinthine streets of one of the best-preserved Arab neighborhoods, the Albaicín. Sit down and relax on any of its terraces since, while you enjoy a drink accompanied by a free tapa, you will be able to enjoy one of the most beautiful pictures of the city.

The province of Malaga is dotted with the so-called “white villages”, the traditional and picturesque villages of whitewashed houses full of flowers and narrow streets. Although many of these towns and cities are firmly established in the tourist scene, they still retain their rural and Andalusian character, as you will see if you visit any of them. We are always at your disposal if you need to ask us for any advice, however, it is recommended that you visit, for example, Mijas, Casares, Villanueva de la Concepción, Estepona and Antequera. 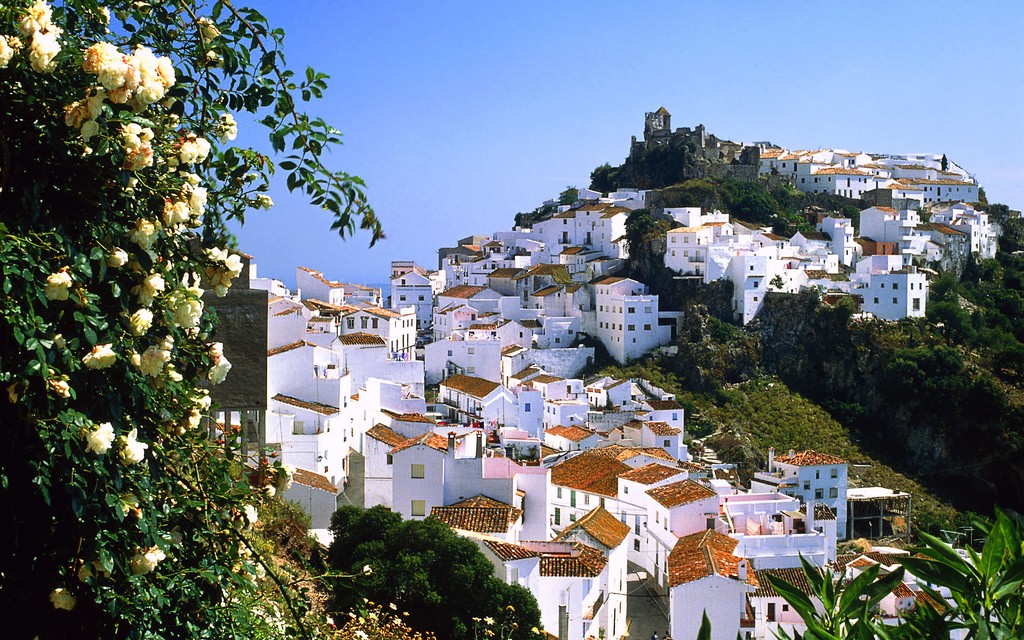 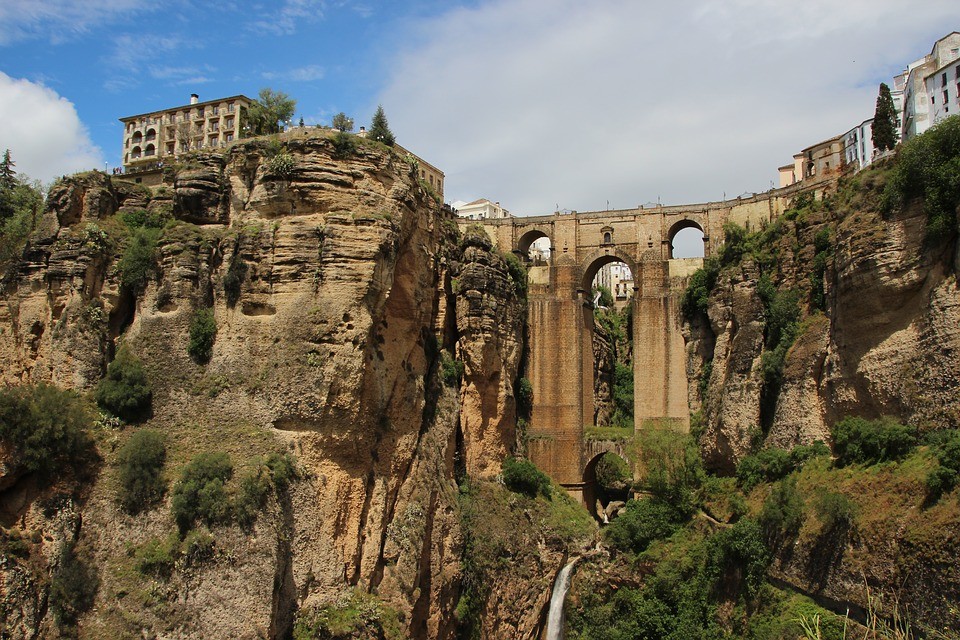 The ancient city of Ronda, nestled on top of a mountain, has retained much of its historic charm. It is famous for its panoramic views and for the deep Tajo de Ronda, a gorge more than 100 meters deep. It is precisely this gorge that separates the new city, which dates from approximately the 15th century, from the old town, which dates back to the time of Arab rule. Both areas are linked by the Puente Nuevo, an impressive stone bridge that crosses the gorge, from where you can enjoy spectacular views from any of its viewpoints. Also, the Plaza de Toros, which emerged in the 18th century, is another of the places of interest that you should not miss.

If you decide to spend a day relaxing on the beach, there is no problem, since the beautiful beaches of Cala Mijas, Benalmádena, Torremolinos or Fuengirola are just 20 minutes away by car. And, a little further, about 40 minutes away, is Marbella, where you can enjoy not only the beach, but also its famous beach clubs. 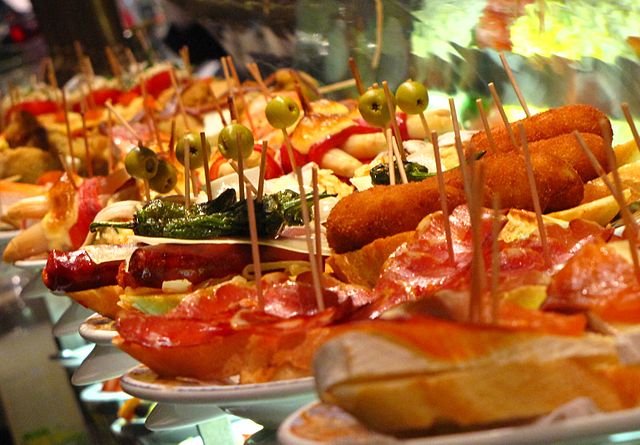 Apart from the famous beaches and culture, Andalusia is also known for its “Mediterranean diet”, which was declared Intangible Heritage of Humanity by UNESCO. The custom of eating out is deeply rooted in the life of Andalusians. So why not try a tapas tour, take a look at how olive oil is made, eat fresh fish at one of the beach bars or visit one of the wineries in the area?

If you like hiking in a magnificent setting, you have to go to El Chorro. This spectacular mountainous enclave located in the Desfiladero de los Gaitanes Natural Park offers you the possibility of carrying out different activities. So, for example, if you want to take a refreshing dip or picnic there is no better place than the turquoise blue lake. But if your thing is the adventurer and you love to live new experiences, you should not miss the walk through the famous Caminito del Rey. This 7.5 km long path runs along one of the vertical walls of the gorge amidst nature of incomparable beauty. 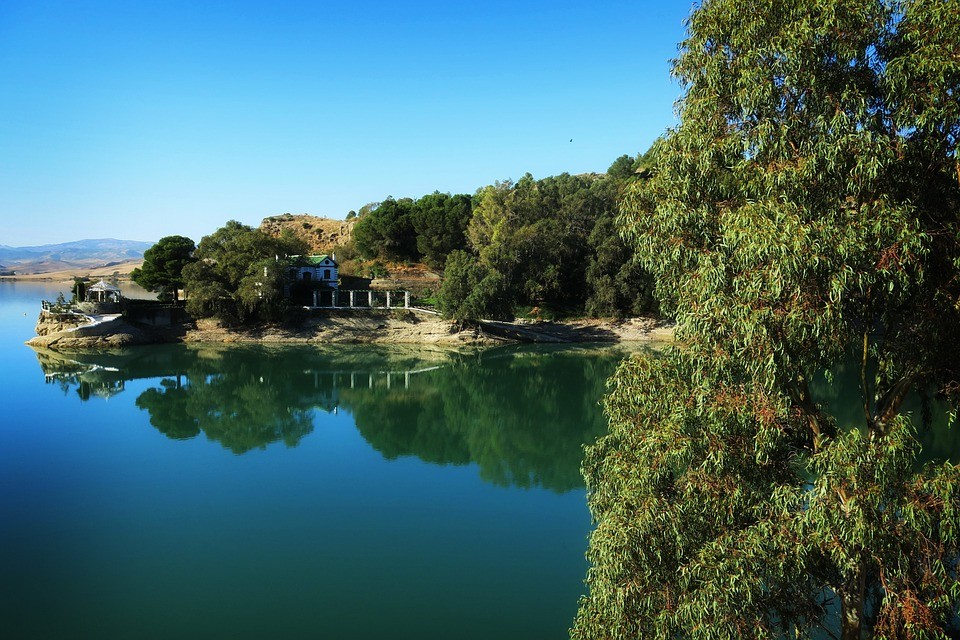 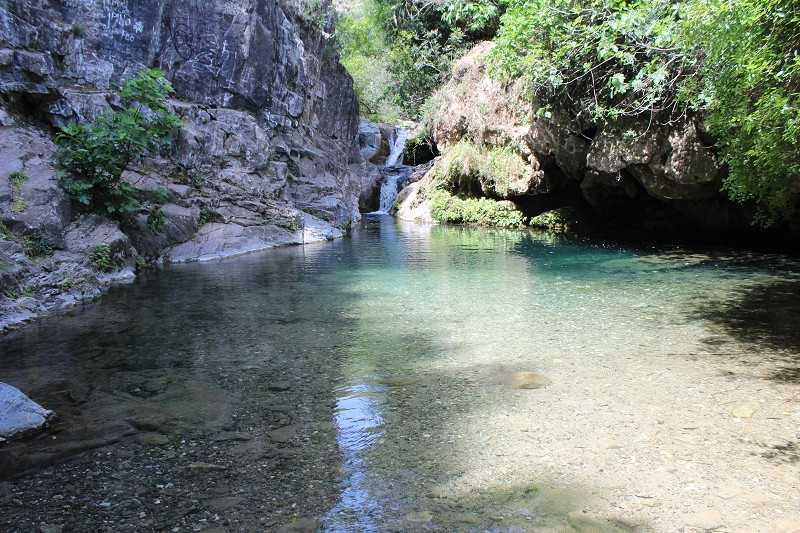 This Natural Area has routes of 1.5 km, 2.5 km and 4.5 km that run through an impressive landscape. This is characterized by the peculiar forms created thanks to the erosion over the years in the limestone rock, which makes it an imposing karst landscape. The place is located near the city of Antequera and is about 70 km by car from Casa Baliza. 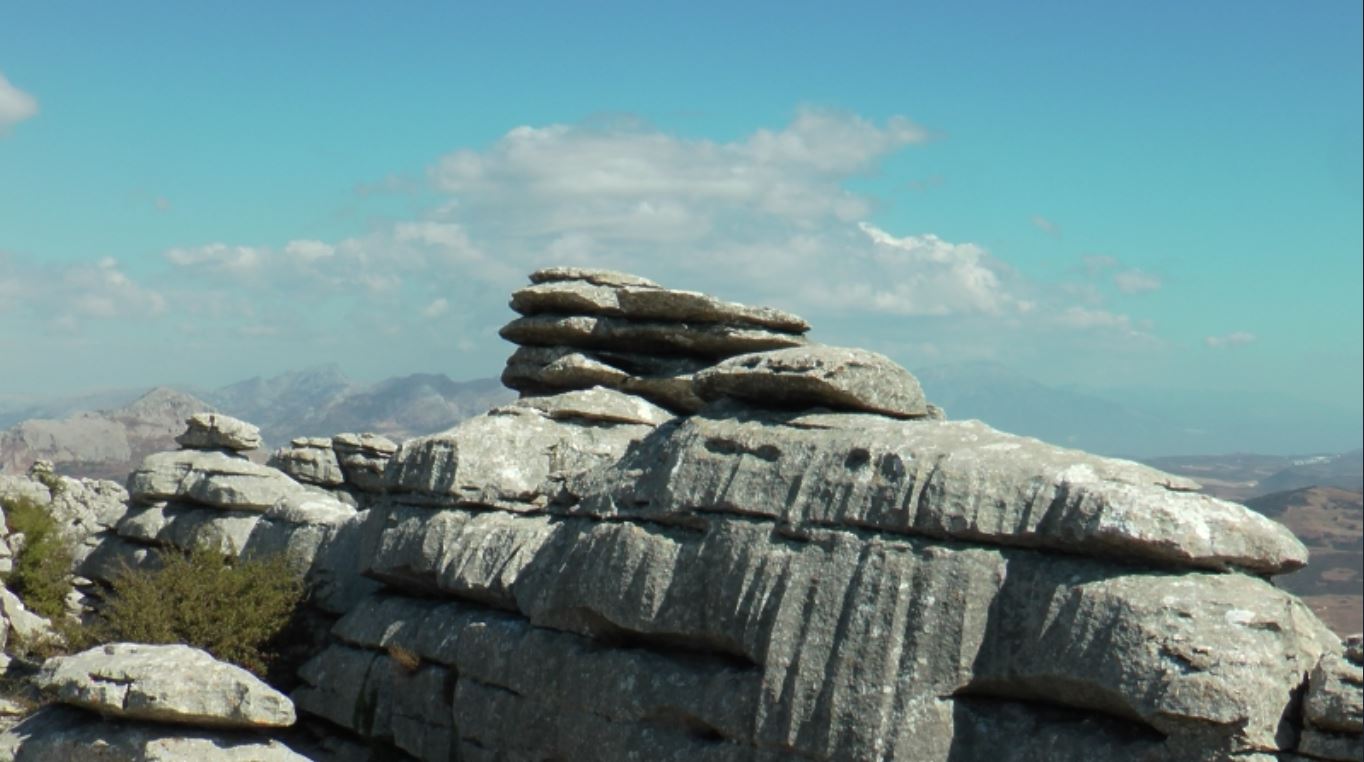 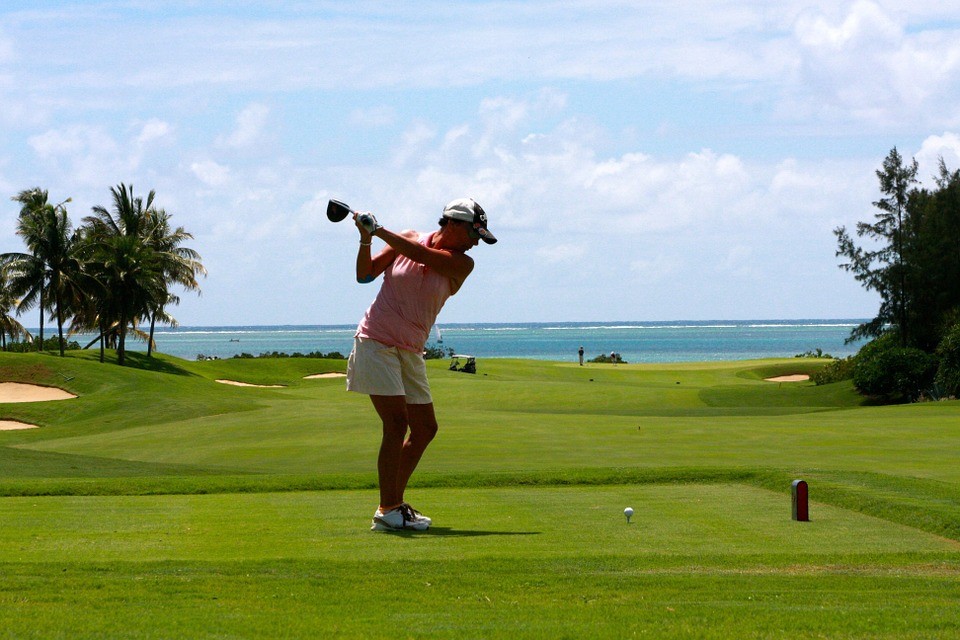 If you prefer to play golf, this is the perfect place for you! Alhaurín el Grande has two golf courses very close to our house, but you can also go to any of the other 70 golf courses located in some of the most privileged enclaves in Spain. It is not for nothing that the Costa del Sol is often referred to as the “Costa del Golf”.
The environment of our house is ideal for mountain bikers or motorcyclists. The variety of mountains and the wonderful nature invite you to discover it.
Apart from all this, there is much more to do, such as go-karting, horseback riding, ATV tours or cooking classes. So please don’t hesitate to ask us for any advice, we are happy to share our knowledge of the area.